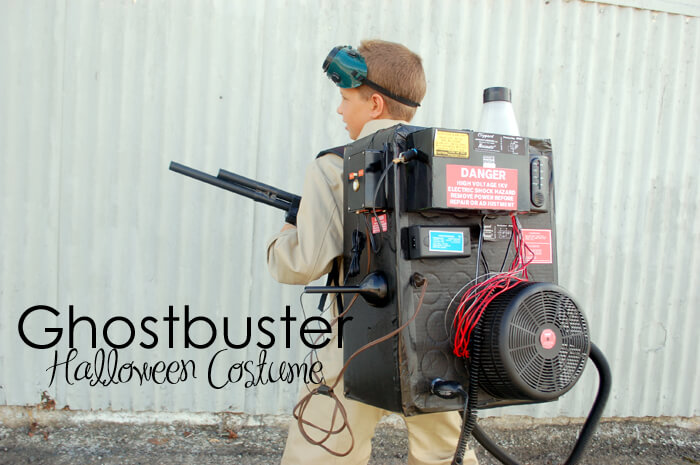 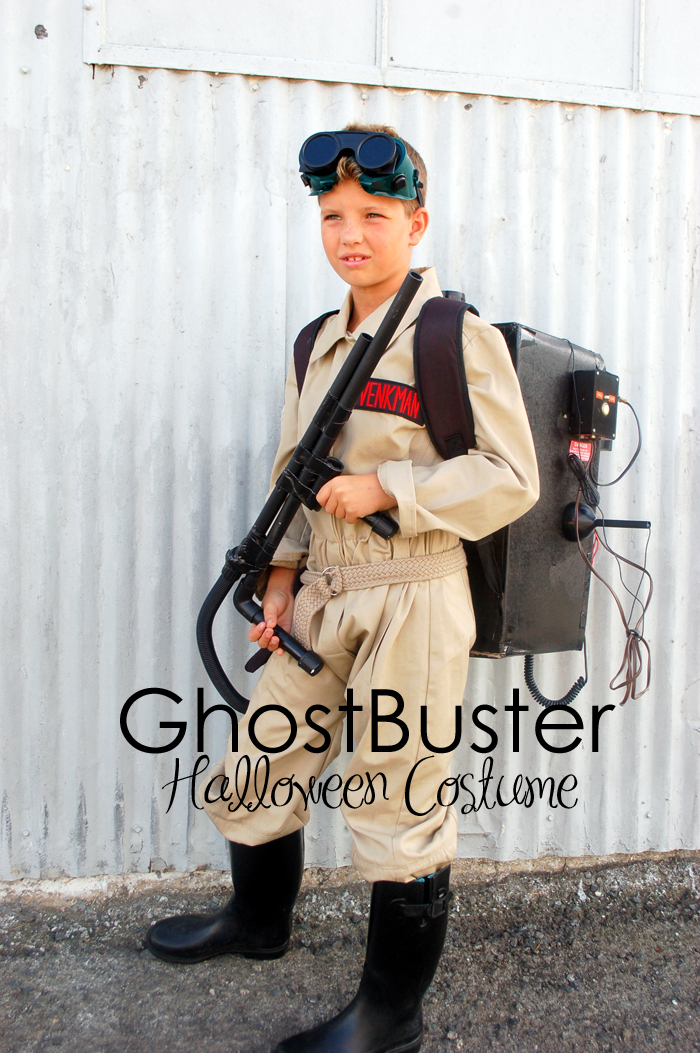 Max had a hard time deciding what he wanted to be for Halloween this year, unlike my girls.  So we took to Pinterest to get some ideas.  (love that we have Pinterest!)  So when he saw (this) post, it was an easy decision! 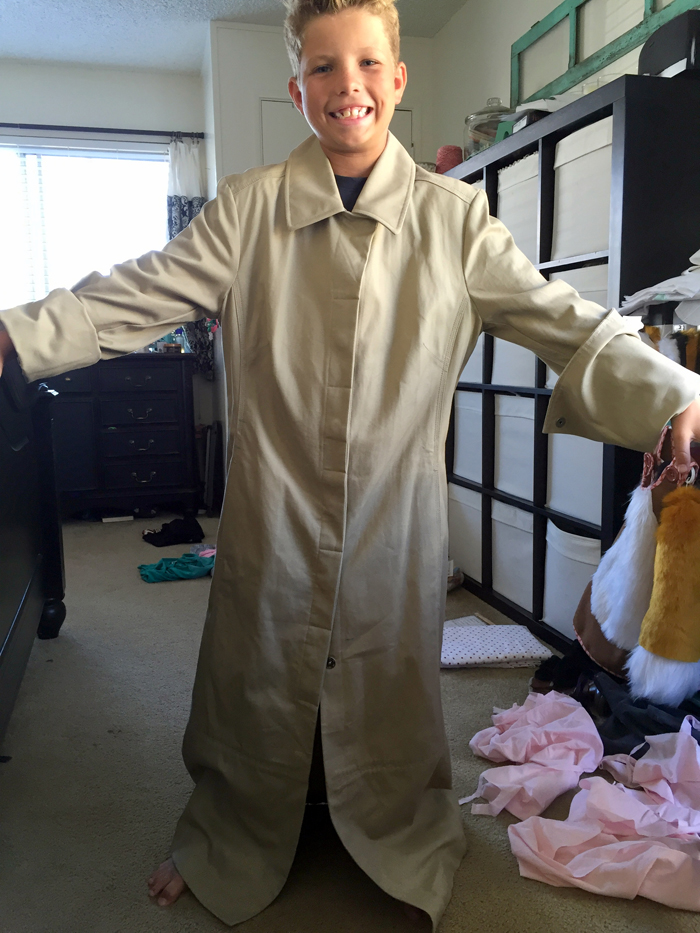 I became a frequent flyer of Goodwill to get this one done, and luckily on my first trip there, I found this amazing tan trench coat from GAP.  This was the perfect piece to transform into his Ghostbusting jumpsuit.

(please pardon my Halloween costume making catastrophe that is my room in this picture!)

All I did was create an elastic casing just above the pockets, using some scraps of tan fabric I had lying around and some 2″ elastic.  I tried to trace a pair of Max’s PJ pants, but for some reason, the legs came out wonky…but no one noticed when he had it on!  I also trimmed off the large cuffs on each sleeve and made them smaller. 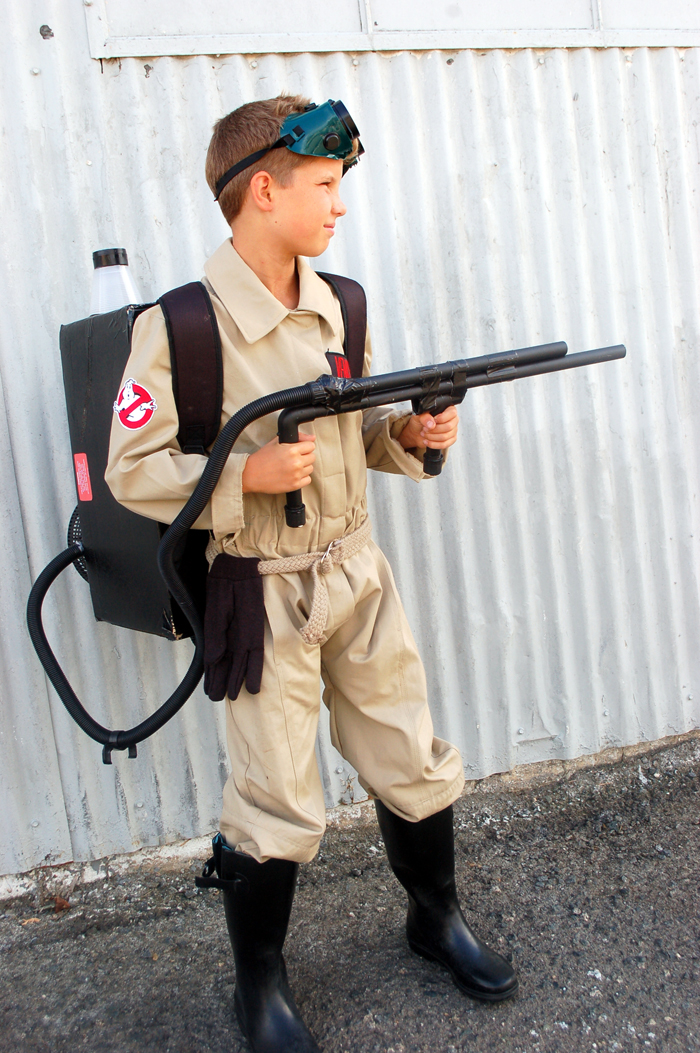 I ordered the two patches to embellish the jumpsuit from Amazon (here) and the goggles from (here).

Now for the back pack… Again, Goowill!

We started with a cardboard box, and a random cheap back pack.  We spray painted the box black and then after it dried, put the back pack inside, cutting slits with an exacto knife where the straps needed to come out.  (4 slits)

After that, it was all fun and games!  We got random pieces of computer parts, sensors, switches as well as parts from a rice cooker and an air pump.  The dollar store had a bunch of wires and some lights as well.  We hot-glued all these random parts where we wanted them and then printed a sheet of stickers, using the Avery full-sheet white adhesive sheets.  (click here for stickers) 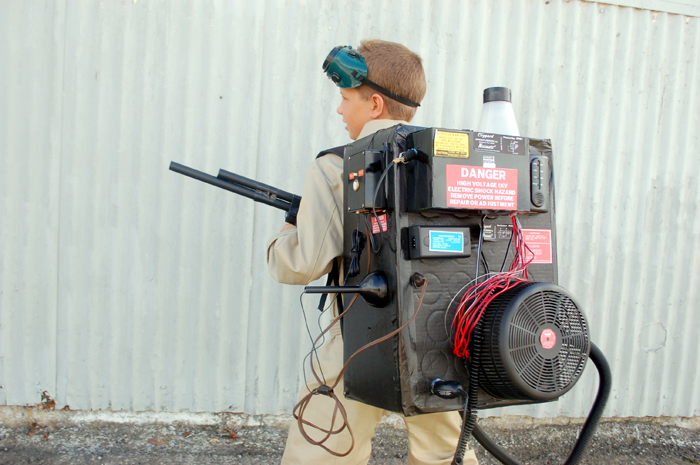 Grandma made Max’s gun our of PVC pipe and Black Duct Tape.  I was so glad to not have to think about making a gun!  Thanks, Grandma! 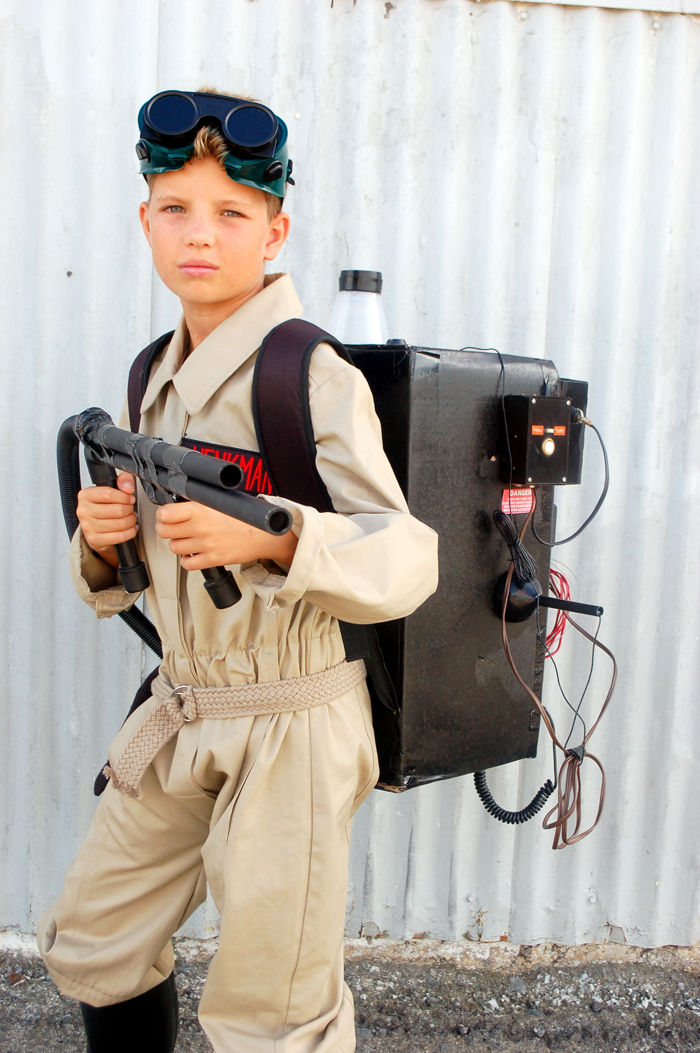 I also made a belt using some tan belting from JoAnn and 2 D-rings, and purchased a pair of black gloves from Wal-Mart for $0.97 .  We added some rainboots and done.  Whew!  Thanks, At Second Street for the really fun idea!! 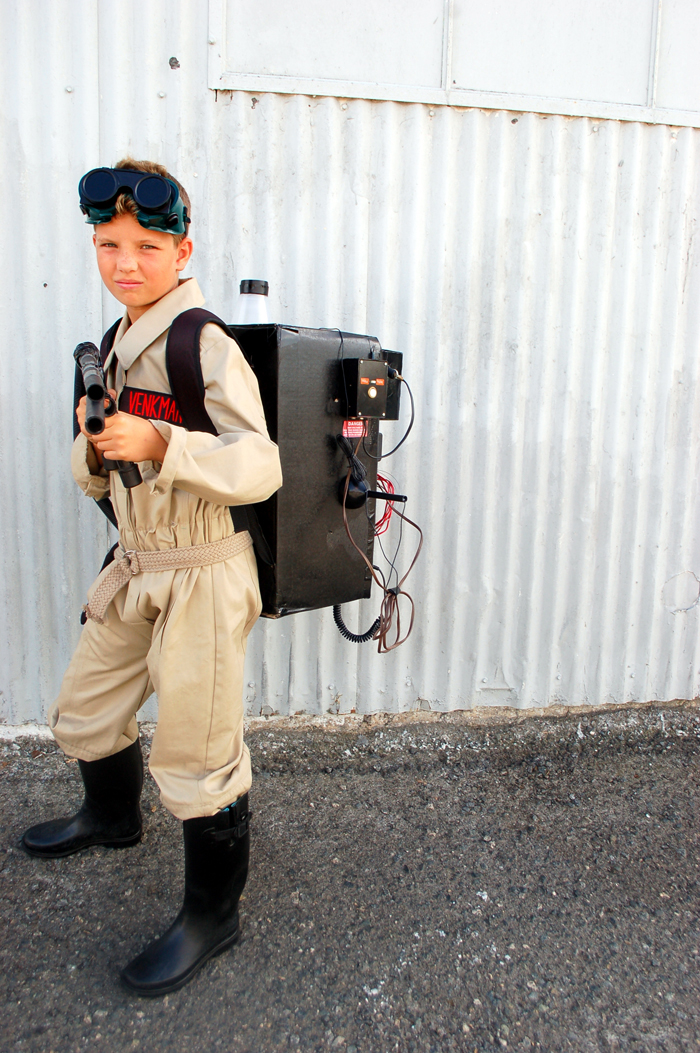