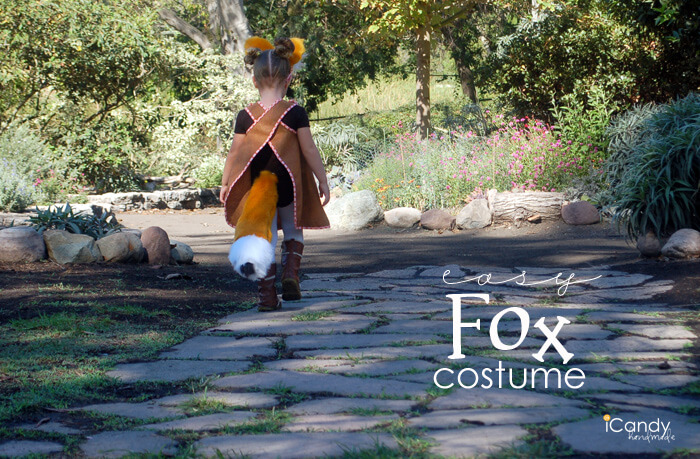 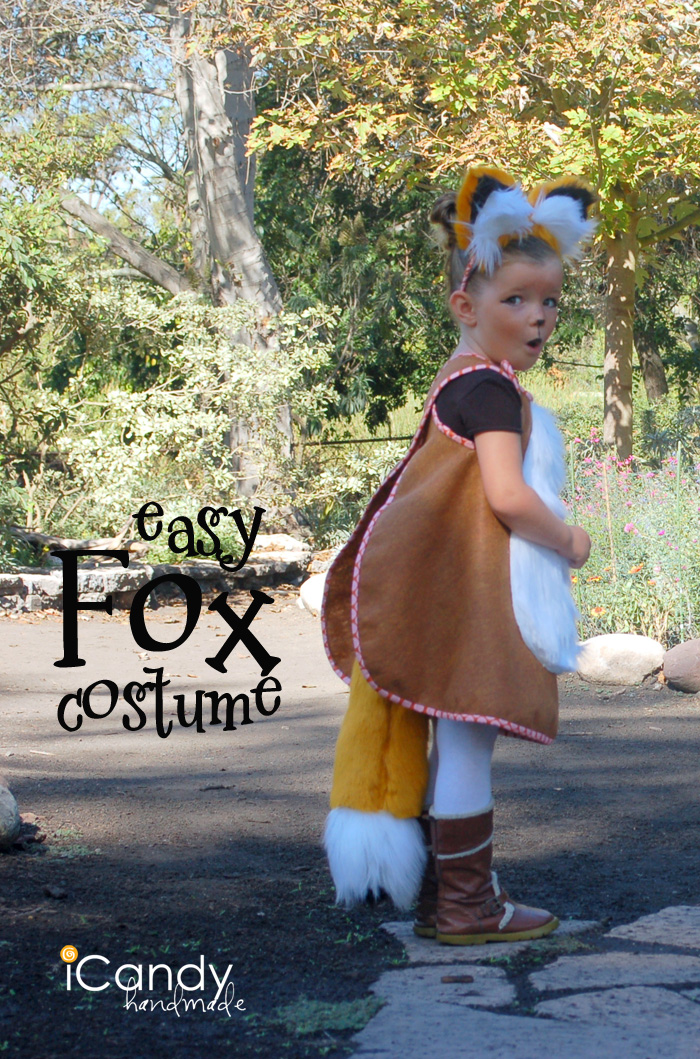 Holy Cow it’s been a long time since we’ve posted!  With school starting in September I guess we got carried away in life, but it’s October…and you know what that means!  We have to gear up for Halloween costumes over here!  I finished the first and the easiest one to handle the other day, so I thought I’d put my little Foxy girl up here with a basic list of what I did…with links! 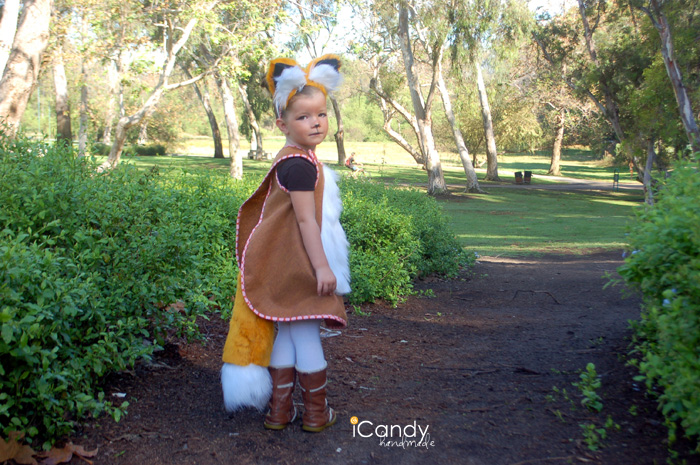 This is Scarlet…she’s 3, and in love with Foxes ever since that song came out.  (you know which one I mean…and I still don’t really know what the stinkin’ fox says!)  So, my first instinct was to replicate the little dress I made for the bumblebee costume a few years ago, and jazz it up with some foxy accessories. Here is a link to the Bee costume tutorial.  I did all the same things with a few exceptions:

-rather than add the stripes, I simply added the white fur tummy…easy.

-rather than make double-fold bias tape, I used the same method I use for binding a quilt to finish off the edge of the felt dress.  I think they are both great ways to finish it off, this was easier for me this time.  (quilt binding tut here) 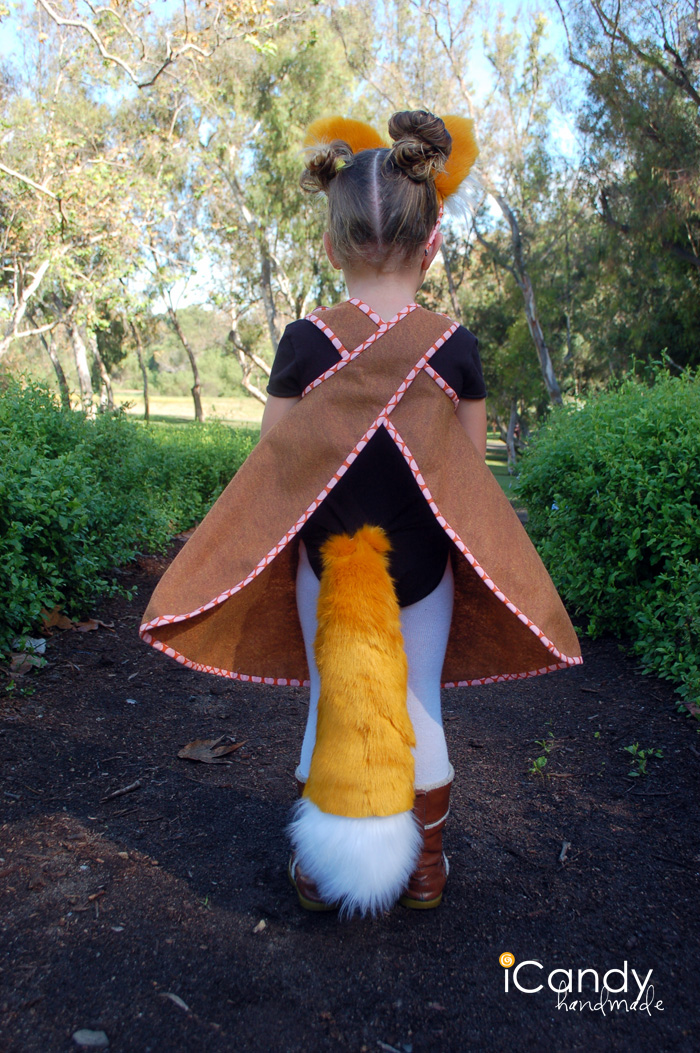 This little dress is so amazing for so many costumes…bookmark this one, baby!  Like I said, it was perfect for a bee stinger, it’s perfect for this hot fox tail…  It’s a go-to easy felt dress pattern! 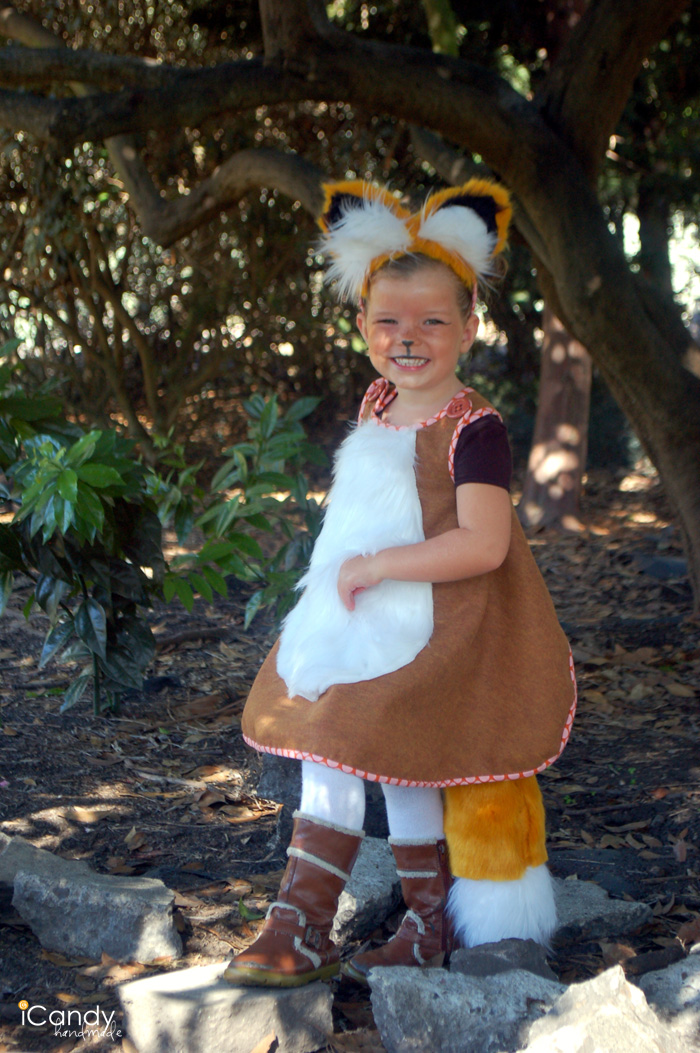 For the Tail, I followed (this tutorial) only instead of glue, I used a sewing machine.  I had to be careful to brush back and pin the fur away from where I sewed so that when I was done, the layered fur covered the other layers to look more natural.  I also trimmed a 1/4″ away from each edge to make sewing easier.   I used pillow fluff to stuff the tail and then hand stitched it onto Scarlet’s Black leotard. 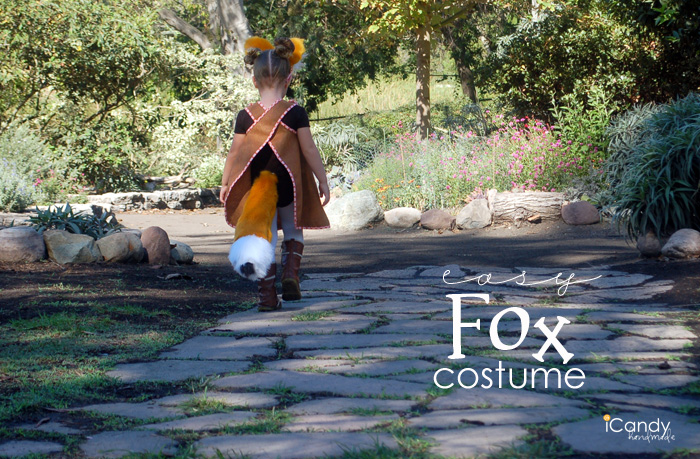 To make her ears, I followed (this tutorial)–but I covered the headband first with matching fabric.  I also used metal paperclips to make the ears hold their shape because that’s what I had on hand.  🙂  mine are waaaaay too big…but I’m not re-doing them.  Scarlet doesn’t seem to mind.

I did keep the pattern for the tummy fur and the tail if anyone is interested in those, leave a comment, and I’ll scan them in for you.  (they’re pretty rudimentary, but I’m happy to share!)