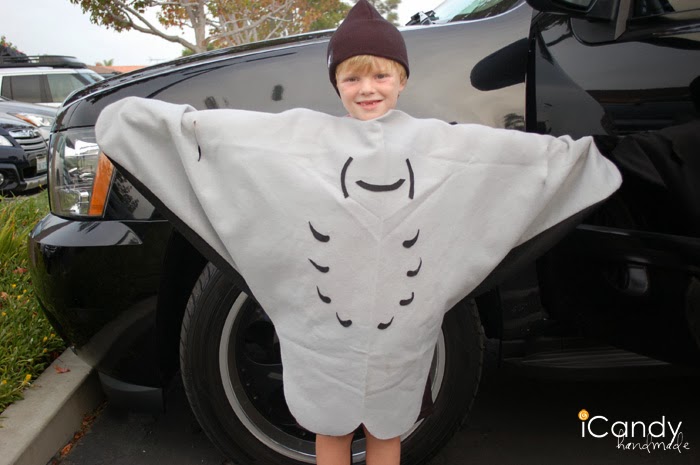 Need a last minute costume idea?
My friend asked me the night before our Church Halloween party if I’d help her make a costume for her son.  (He, at the last minute, decided he didn’t want to be what he planned.)
…What did he want to be?  A Sting Ray.
sure.
simple!
It was so last minute that I didn’t take step-by-step pictures, but I thought I’d share my steps in case anyone else needs a quick sting ray in the future! 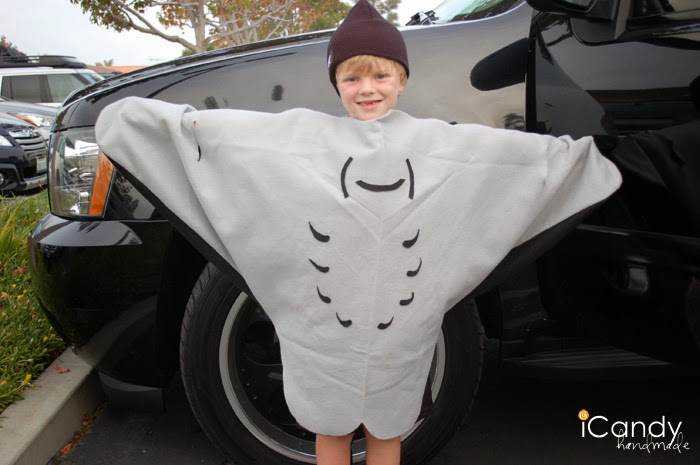 So, my friend isn’t a sew-er..So, I sewed some parts, and she hot glued some parts.  We had to work fast.
We started with I think about 2 yards of black felt.  and we laid Shane down on it  so that the bottom of the felt hit behind his knee, and so that he could fully extend his arms, as shown above.
We marked a mid-line, and then drew the “shape’ of a stingray as best as we could on one half of that mid-line.  While he was laying there, we also marked where his wrists were, and where his shoulders and neck would be.

Next, we folded it in half and cut out the back piece.
Then we laid that black felt piece on top of gray felt and cut the same shape to make the stingray’s tummy.
Using the markings for the wrist and neck, we cut small slits.  At the wrists for his hands to fit through, and at the next for his head to fit through.
In hind-sight, we probably should have lined the black piece with pellon to make it more stiff.  the head of the sting ray tended to sag a little more than we imagined… do what you will with that info! 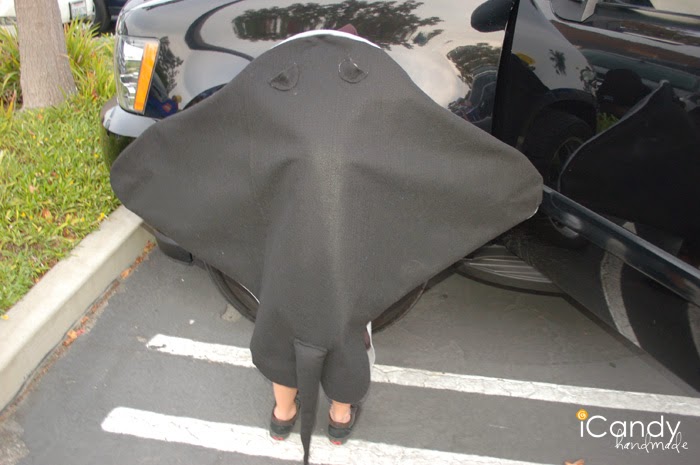 With right sides together, I sewed around the perimeter of the costume, leaving the bottom (heart-shape) open for his legs.  Then we turned it inside out.
To make the stinger, we cut a long, skinny triangle out of felt, and stuffed it with a pencil and some batting.  In inverted the ends and stitched them onto the outside bottom, just above the “heart.” 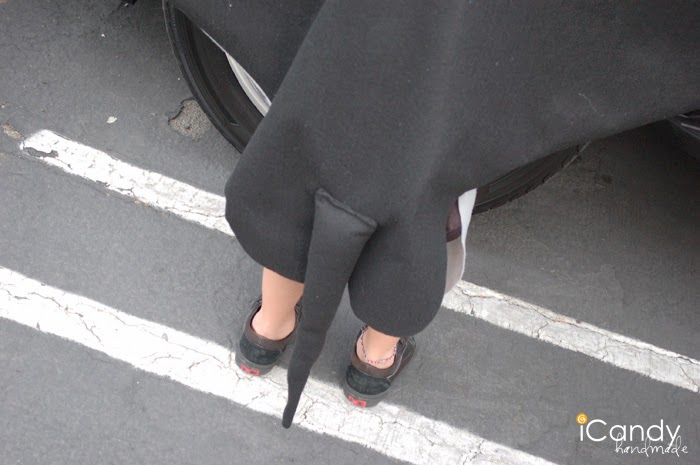 To create the 3-D eyes, we cut a circle, folded it in half, and hot-glued it together. Then we used a felted wool ball as the pupils and glued them in and put the half-circles over them as eye-lids. 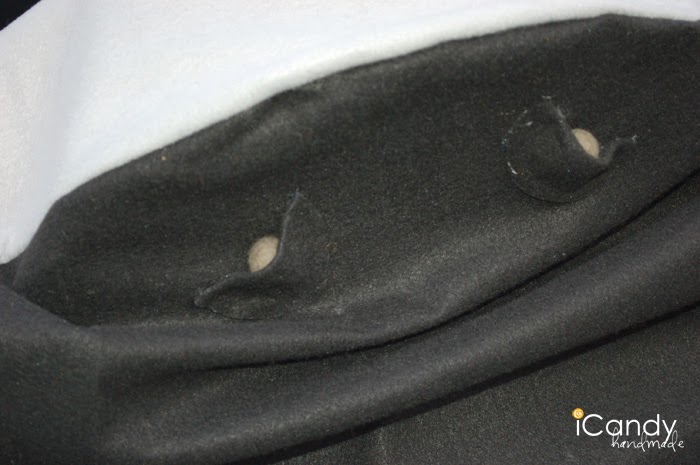 Lastly, we cut and glued black felt on to the tummy to make his gills and mouth… 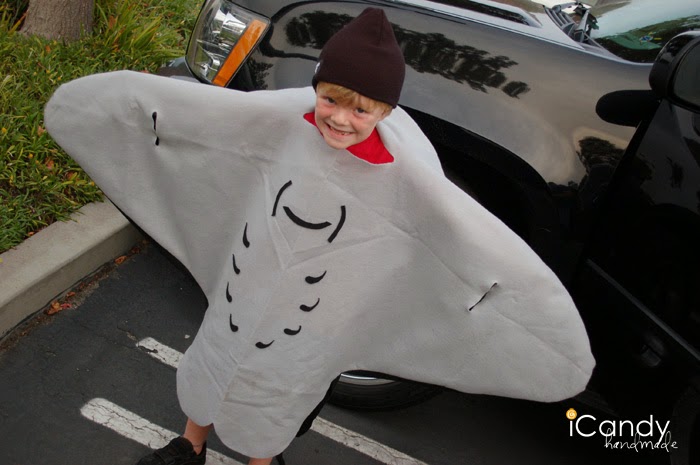 The only thing I’d change would be to add something to stiffen the back to keep the head up, but this was a pretty quick project for being so outlandish.
I think Shane was pretty thrilled.
Hope you can use some of these ideas!