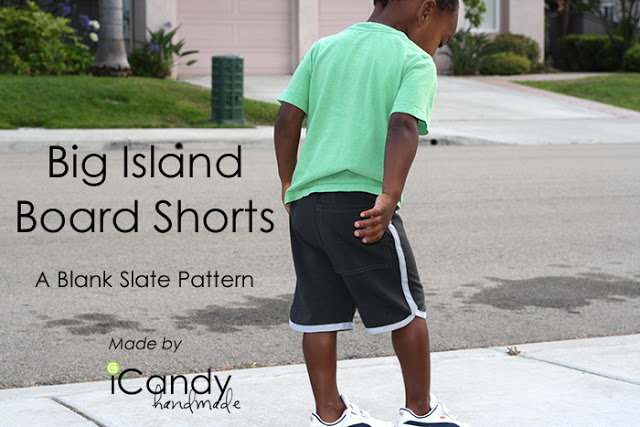 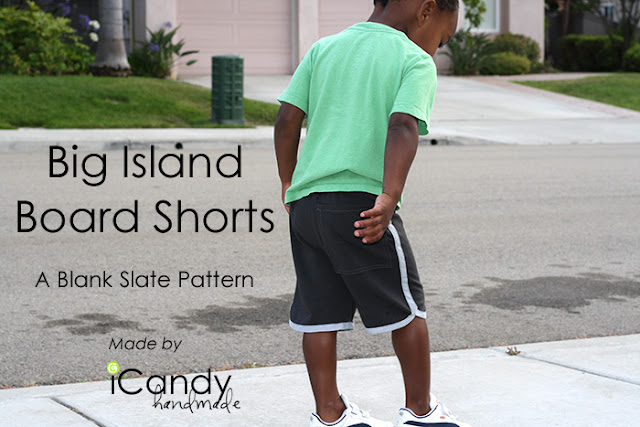 I have a confession to make.  Up until now, I have never sewn Aaron anything except (part of) his Halloween costume.
Bad bad mom.

When I saw this adorable pattern, the Big Island Board Shorts by Blank Slate Patterns, I instantly knew I had to make them. 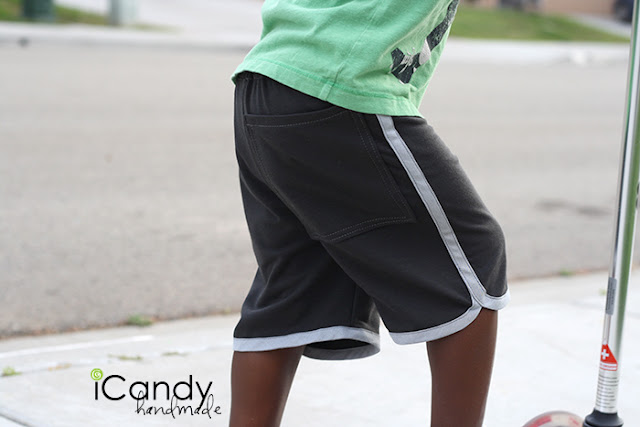 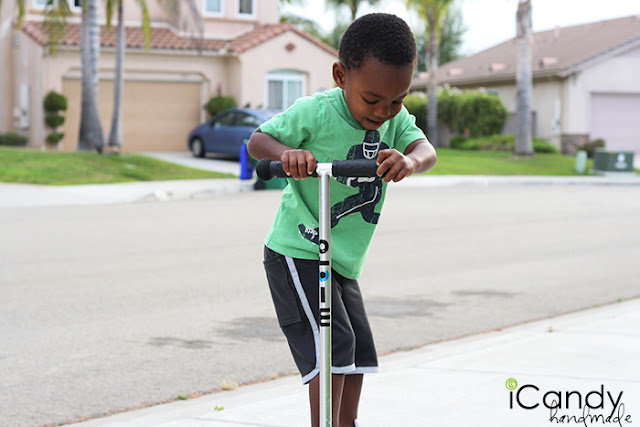 Aaron already has 3 pairs of swim trunks that fit him fine, but can always use more casual play clothes.  So I decided to make a comfy, more athletic-style version of these shorts.  I used a really nice knit fabric I had in my stash.  I know- knit isn’t on the list of recommended fabrics, but it worked great.  This particular knit is nice and thick, with a soft back, but I also cut one pair out of plain gray interlock from JoAnn.  They are still in the works but looking great too. 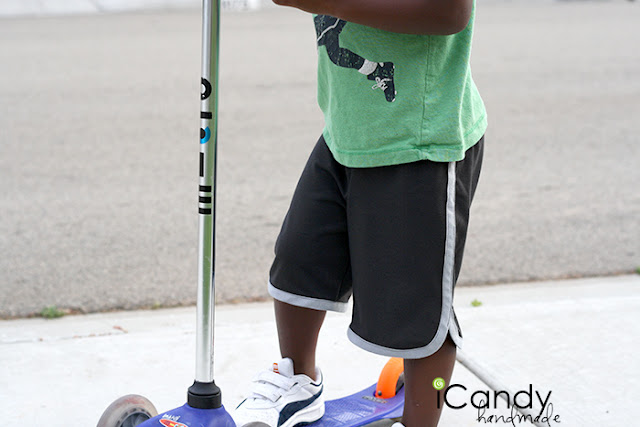 For any of you who have active boys, this is a great way to get more mileage out of this pattern.  You can make the swim version, and then also make the casual comfy version out of knit.  I used regular bias tape as called for in the pattern. 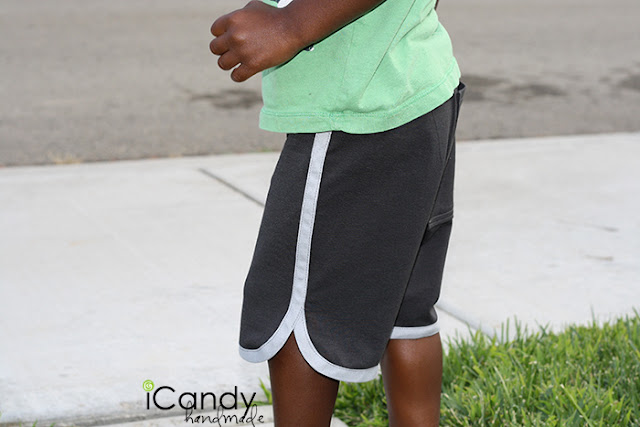 As for the pattern, it was fabulous.  It was so nice for a change to just print, tape, and follow directions.  And that is just what I did.  Melissa’s directions are just perfect- clear and concise.  The shorts came together so easily, that is, until my serger ran out of thread.  Major detour.  Ugh.  Anyway, my allotted sewing time was taken up rethreading the thing, so I only have this one pair to show you!  I am planning on finishing up the others tonight. 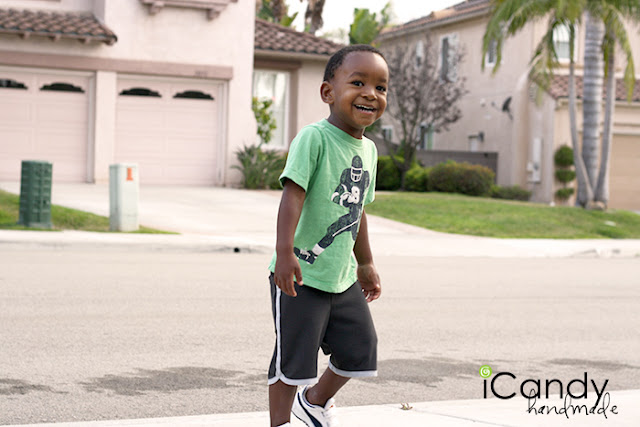 So as much fun as it was sewing for my boy, taking the pictures was a whole different story.  He actually was sweaty by the time we came back inside.  Sweaty.  From a photo shoot where he was supposed to be posing for photos.  These shots about sum up the experience. 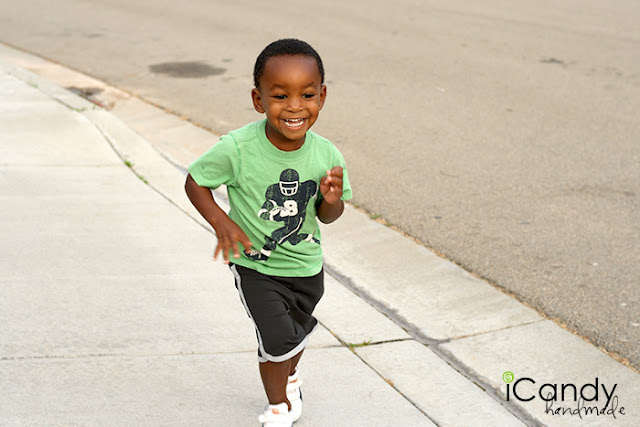 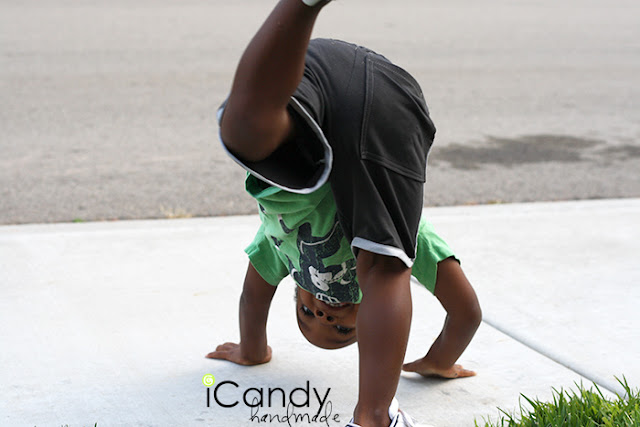 P.S. To see an awesome swim version of the Big Island Board Shorts Pattern, check out this color-blocked version on Caila Made.  So awesome.