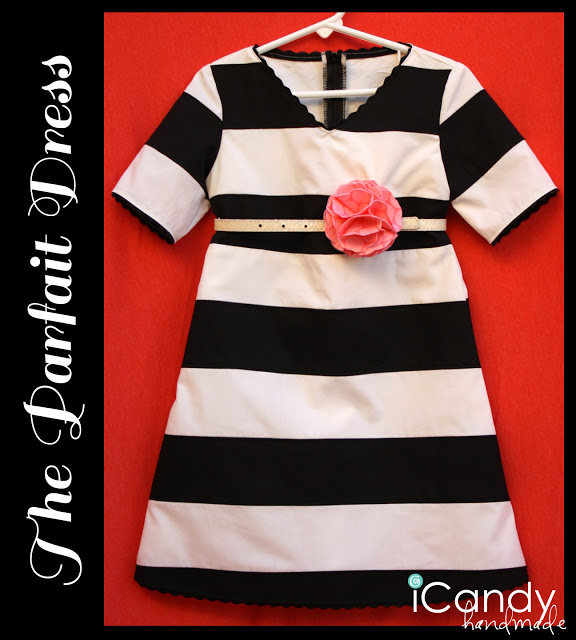 A while back, I shared this post as part of Me Sew Crazy’s K.I.D.S. Series.
Here it is, in case you didn’t see it over there.
***************
I have a six-year old daughter.  Her name is Emily,  She loves to draw, and she has been known in the past to draw outfits that she “wants.”  So for the first time, she actually did get something she drew!
Emily, since the age of 2, has been very selective and opinionated about her clothes.  She wouldn’t touch jeans until skinny jeans were popular, and of course now they are the only ones she will wear.  There have been several things that I have made her over the years that she never wore… but I am starting to learn my lesson.  Now she collaborates with me on the design/fabric before I make anything for her.
I really had no idea what she would come up with for this challenge.  I handed her a piece of paper, and told her to use her markers.  This is what she came up with: 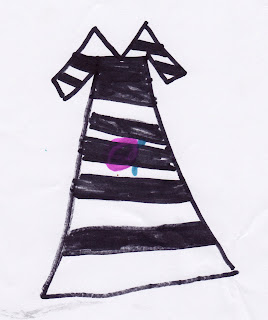 *ok…I cheated a bit, because the first version was kelly green and white stripes…not my favorite…
so I gently suggested another color combo and this was the next version.*
Isn’t it shocking that she drew stripes? Ha!
Well she is my daughter after all…
At first, I was super excited, because I have a thrifted knit black and white striped adult tunic waiting for a refashion, so how easy would that be?   But no.  The stripes had to be as wide as the cable box.  That was her unit of measurement.  Ok.  So I dug into my fabric stash and found some kona cotton – ivory and black.  I guess I was going to piece the stripes. 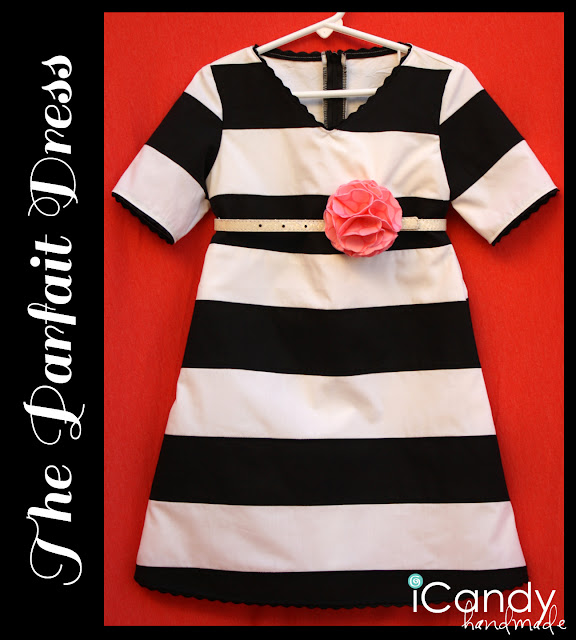 I sewed those strips together, and used the bodice pattern I created for my Sailing into Autumn dress, paired with an A-line skirt. 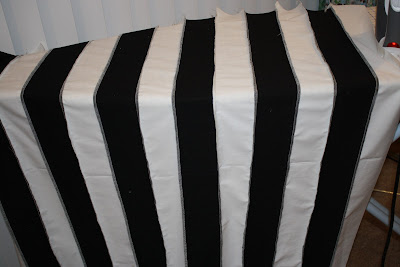 Because I didn’t want to see any seams, I lined the whole thing with leftover sheet material from this dress. 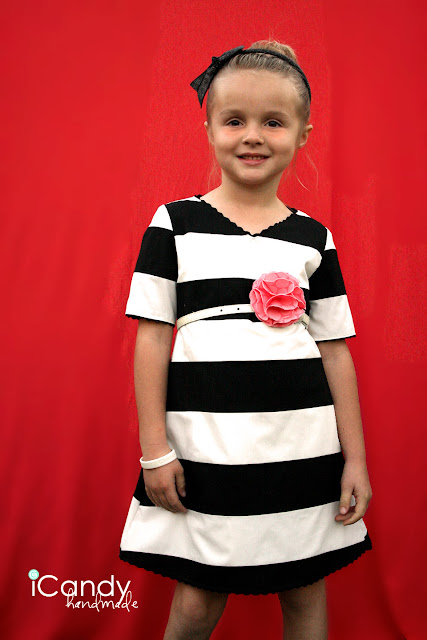 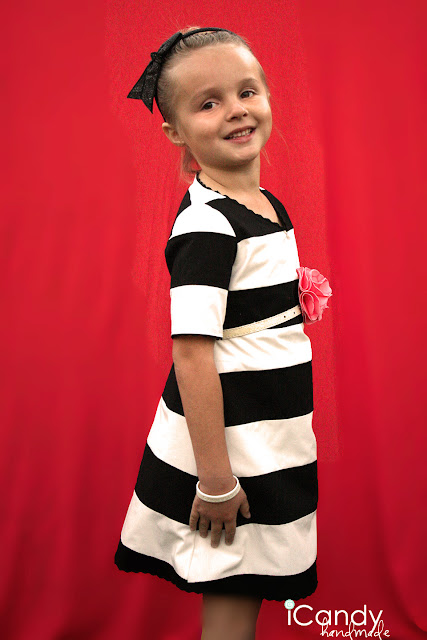 Boy, getting the stripes to line up perfectly is MUCH harder to do with cotton than knit!
(Mine did NOT line up perfectly!)
She wanted a flower on a belt.  As I was finishing the dress up at 11pm, I decided to use one of her existing skinny belts and just add the flower as a pin.  That way she can wear any belt, with or without the flower.
The flower was made similar to this felt flower, but using fabric and sewing, instead of glue gun.  For each layer, I just ironed on some heat ‘n’ bond to the back of fabric, and bonded a second layer of fabric. 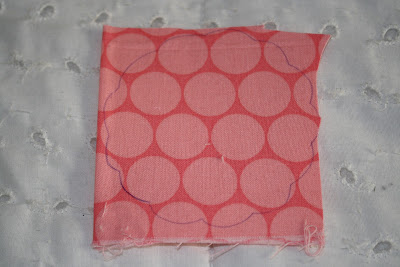 So it is nice and stiff, and won’t fray very much. 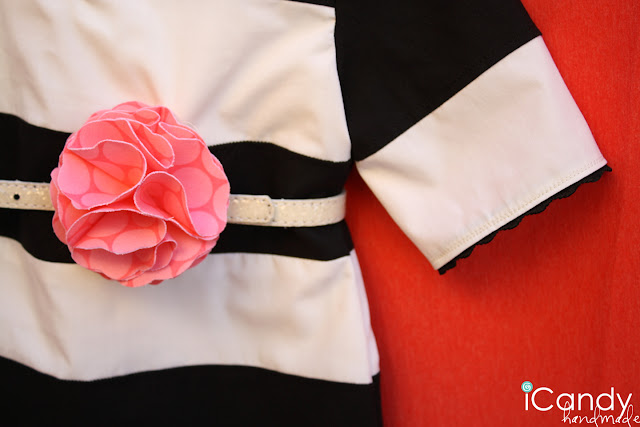 I added a subtle trim to the neckline, sleeves and hem to finish it off. 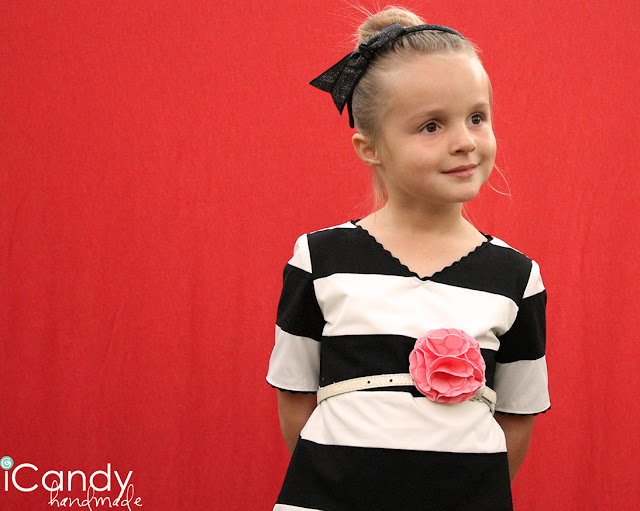 I asked her what she would call this dress.  She mentioned zebras, then said, “no! ice cream.”  Thus the name.
I think we are both happy with the way it turned out.