Aaron is obsessed with Pirates, Car Washes and Garbage Trucks.  It is really fun.
Thanks to Pirates of the Caribbean ride at Disneyland, his nightly lullaby is the Yo Ho song.  He has been known to belt it out at really odd times, like while sitting in the Target shopping cart.  One lady came up to me and told me she heard it across the store.
So we thought it appropriate that he be a pirate this year for Halloween.  I wasn’t sure what direction I was taking the costume, but that was settled when Autie found a fabulous pirate jacket at Goodwill.  So I have been spending this week making and putting together this costume (and starting on Emily’s) instead of KCWC.  🙁  Maybe next time. 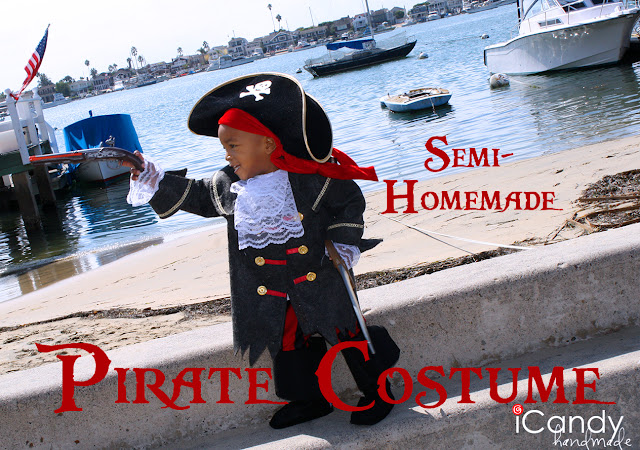 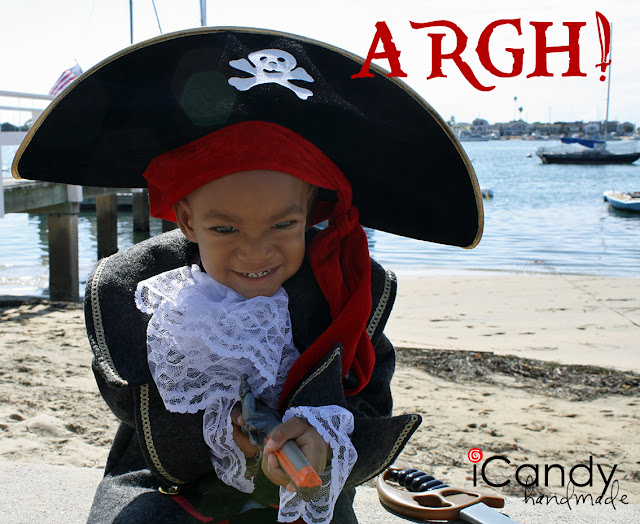 He looks a little spooky here…
The original jacket had muslin cuffs, but I ripped those off and added lace ones instead. 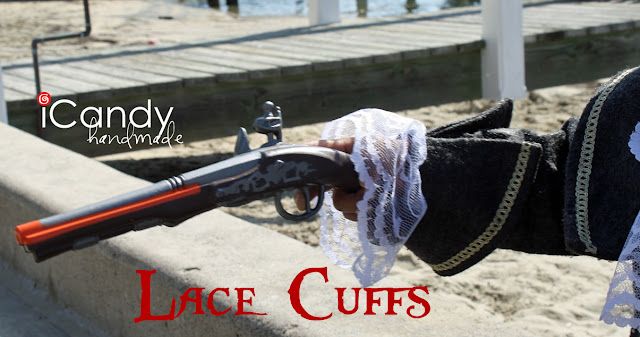 Using a pair of existing loose pants, I whipped out a pair of red and black Pirate Pants. 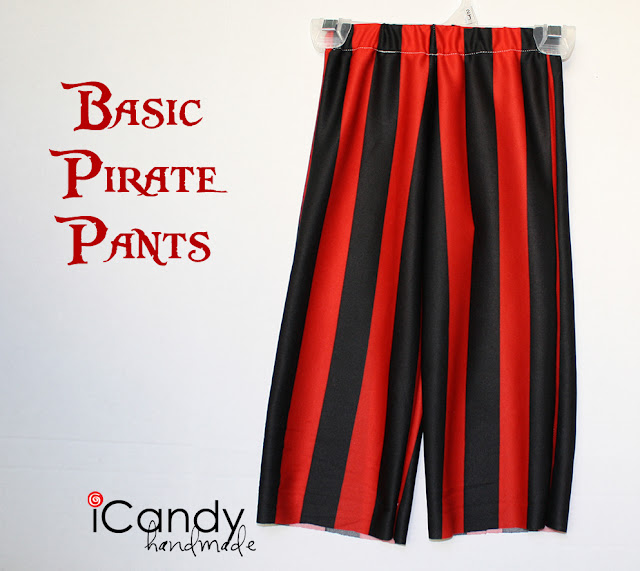 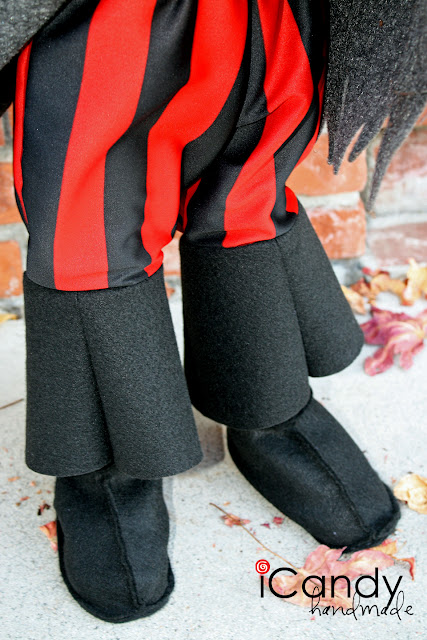 Since you can’t really see the shirt, I bought a simple white tee and added a lace cravat.  I just zigzagged the lace and cut it off, then folded it over the neckline and
sewed a stitch through both layers.  Super easy. 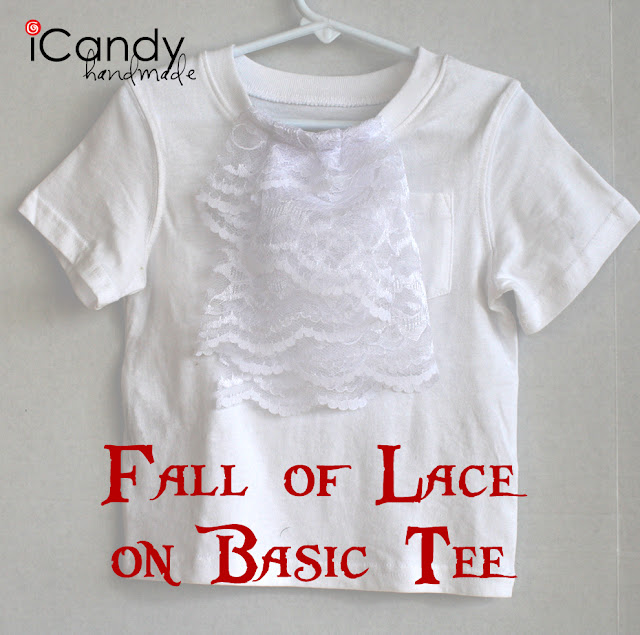 Augghhh. Now for the tricky part.  He NEEDED cool pirate boots.  At first I was going to make just the shoe toppers but then I thought why not make a whole boot?  With the sole made out of three layers of felt, they would last a few wears. 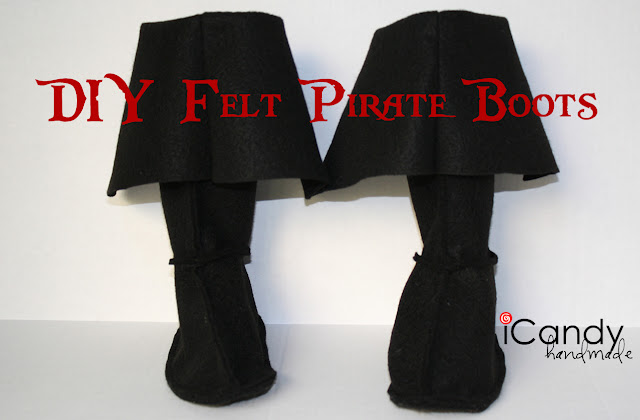 So I draped a shoe.  With some scrap fabric.  It was a total crapshoot.
I had no idea if it would work at all!
I am sharing my pattern with you, as well as how I made them.  This is not a pretty pattern, nor is it perfect.  But with a little trimming here and there as you go, the end result is pretty darn cool.  At least I think so!  🙂
These boots would fit a size 8-9 shoe size.  (Maybe 7 too with really thick socks?) 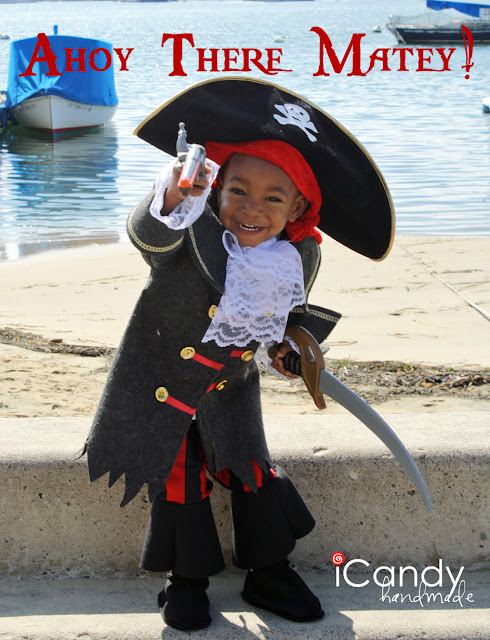 Cut out your pattern pieces.  The pattern is for the left boot.  To make the right boot, just turn the pieces upside down and reverse the sides. 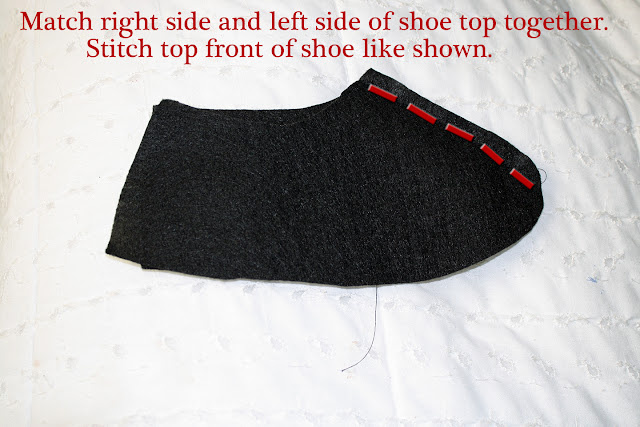 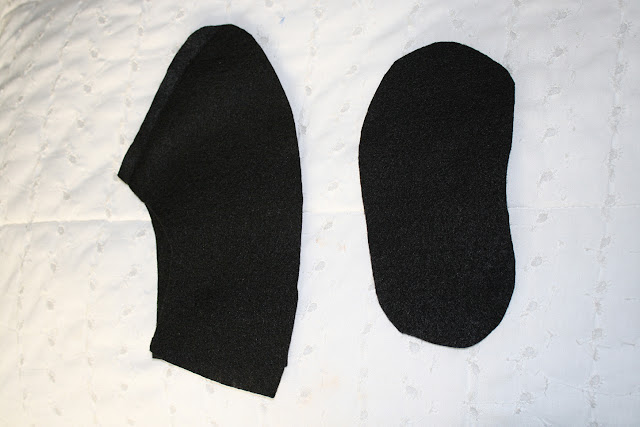 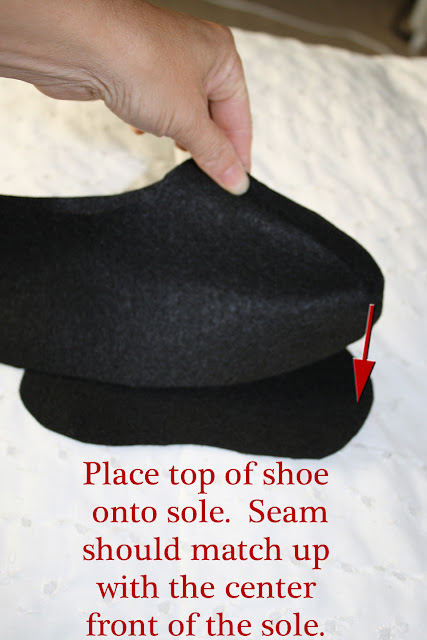 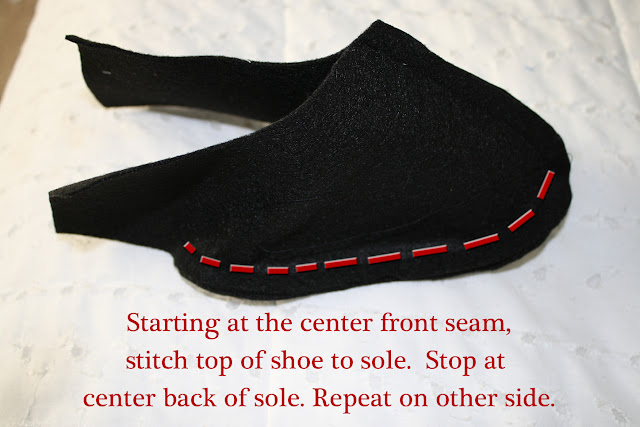 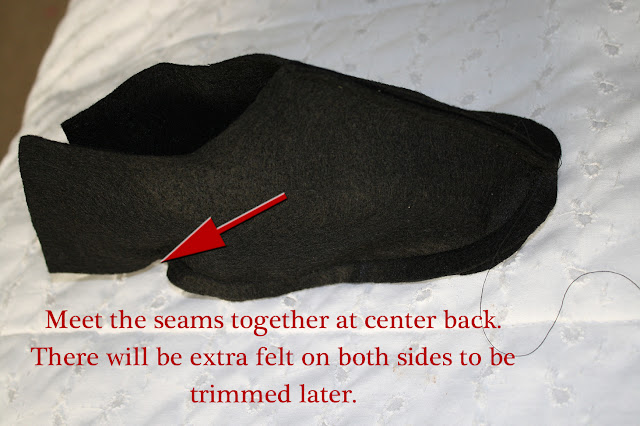 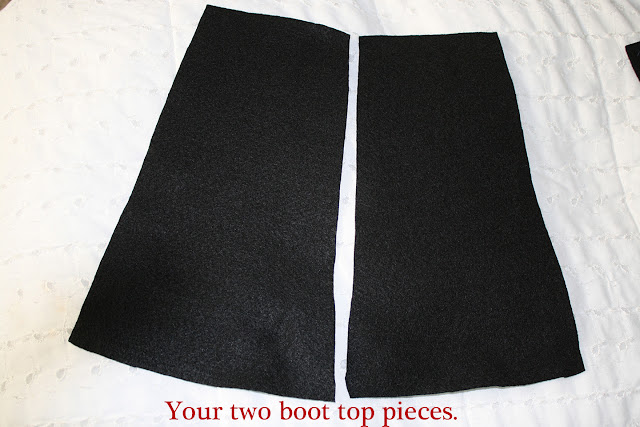 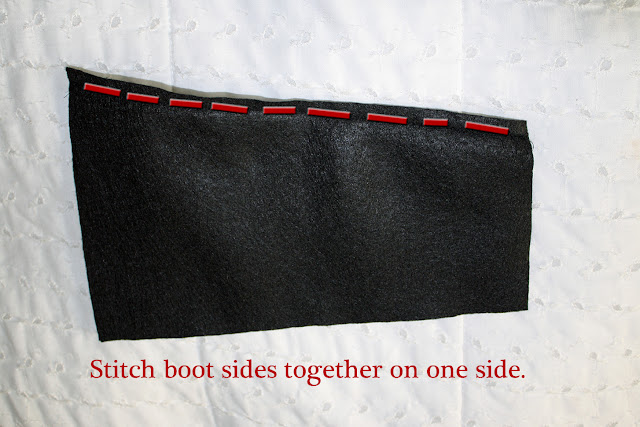 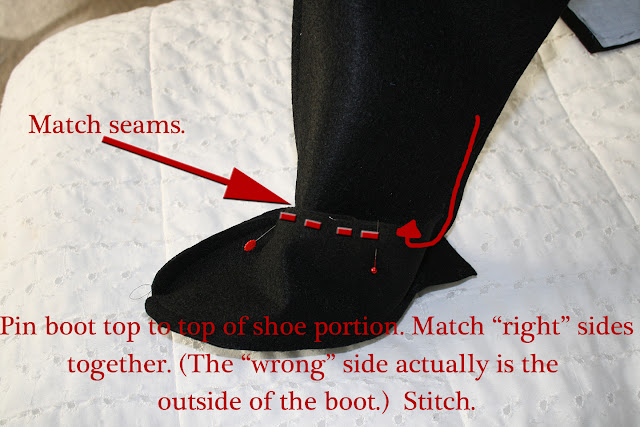 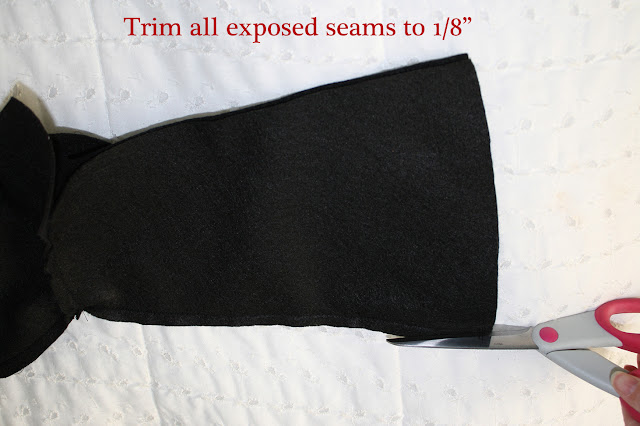 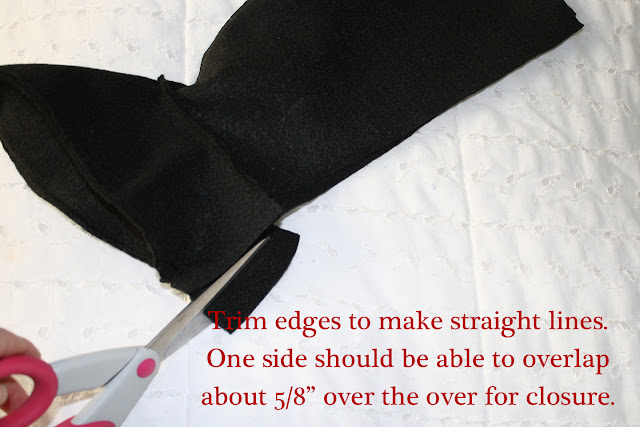 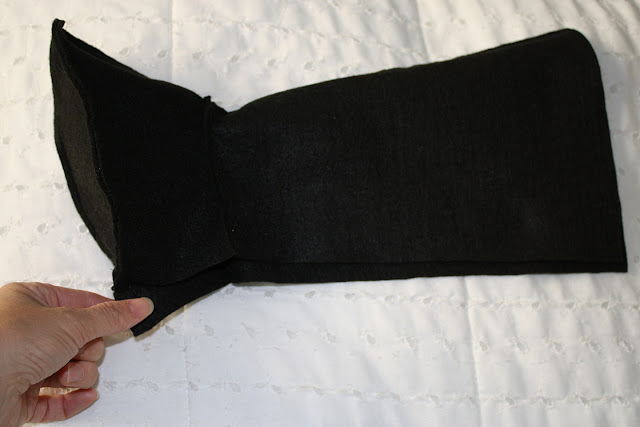 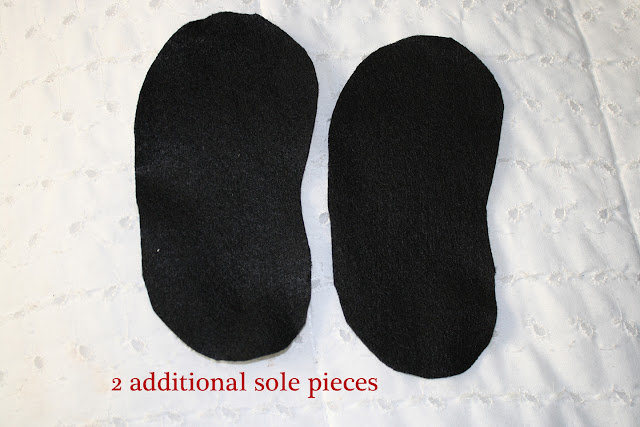 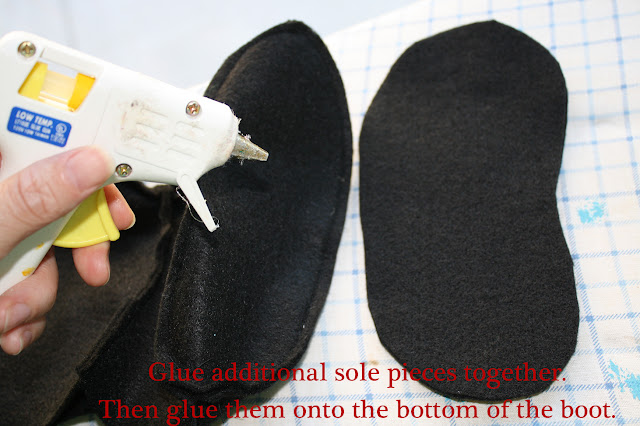 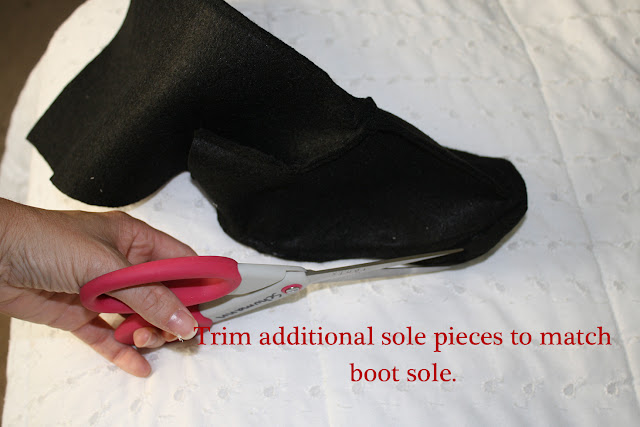 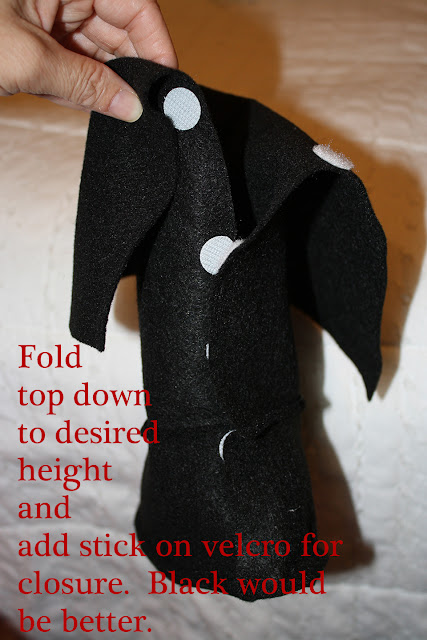 Then you flip your pieces over to make the other boot.
The second one goes much faster than the first…
Have fun!

DIY Sail Away With Me Dress