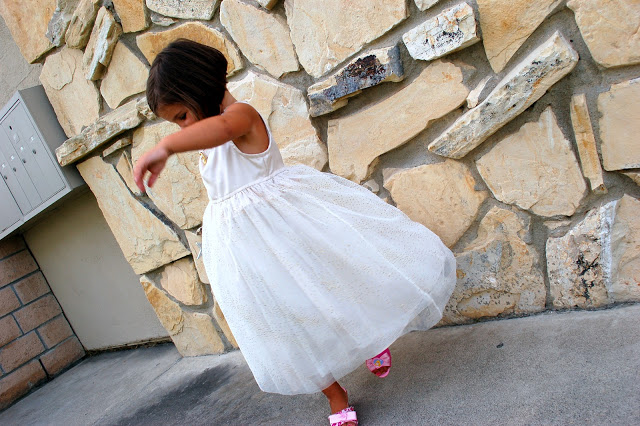 My Mother-in-law is a Goodwill Frequent Flyer.  She finds all sorts of crazy fun things there, for amazing deals.  One such deal was this formal gown for $1.  She thought it was just too pretty to pass up, and convinced me that it would make the most darling princess dress-up for Ivy. 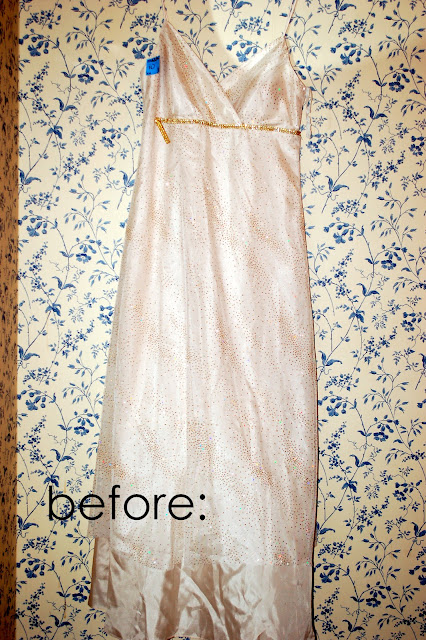 So, while I was in Arizona a couple months ago, we whipped this baby out! 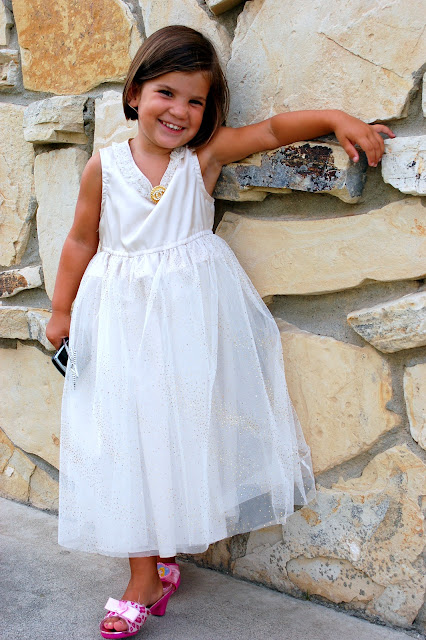 We used pieces of the satin underslip to create he bodice.  (we just used a basic bodice pattern that we had from an old dress that was about Ivy’s size).  We tried to use pieces of the slip as high up as we could so that we could still use the bottom (think hemmed edge) for the bottom of the to-be Princess dress.  Rather than sewing in a zipper, or adding buttons, we went dress-up style and just sewed in some velcro for easy on and off. 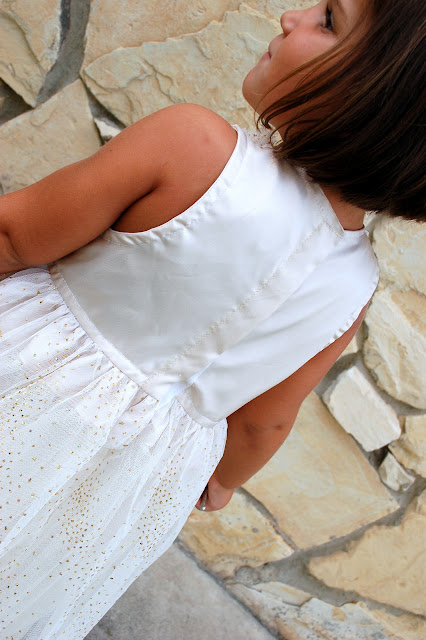 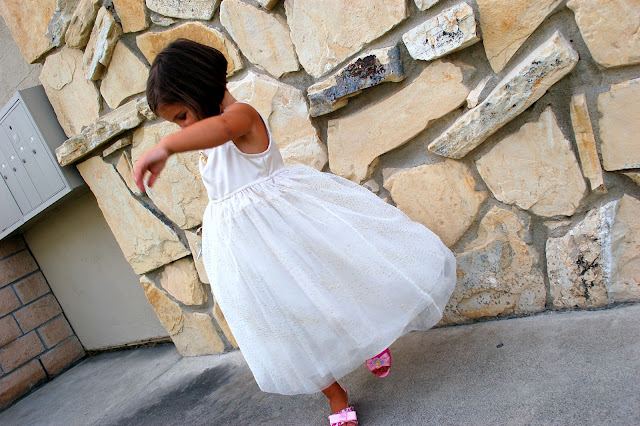 Then we just gathered the three skirts and attached them to the bodice.
We added a little ruffle around the collar of some left over tulle, and a random button my MIL had for a little pretty at the throat.
Ivy’s been choosing this dress above all her other ones as of late.  fun!