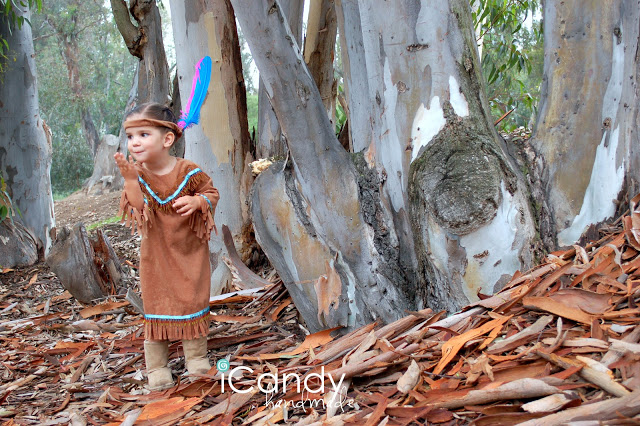 This year, for the first time, I decided I would MAKE my kids Halloween costumes.  I’m always so tempted by those darling costumes at Pottery Barn, but this year, I convinced myself that I really could take a pattern and make a costume from scratch.  (If you recall, Jen’s the genius with sewing…I just dabble and muddle my way through.  Quilting, I can do…sewing clothes…with a pattern…not so much, but I’m determined to master it!)
Anyways, so, we had the plans what both of my kids wanted to be…they were psyched about their choices, and I thought I could easily enough create the look they were thinking of.  I bought the pattterns, bought the fabric, got the fun trim…and then we found out we were moving.  HAPPY!  So, little miss lazy-pants-pregnant lady is moving, has 2 Halloween costumes to make all before October 31st (we move November 1st.)
but, I did it!
(well, not the moving part yet…one thing at a time!)
So, here’s Ivy…
our little Indian Princess 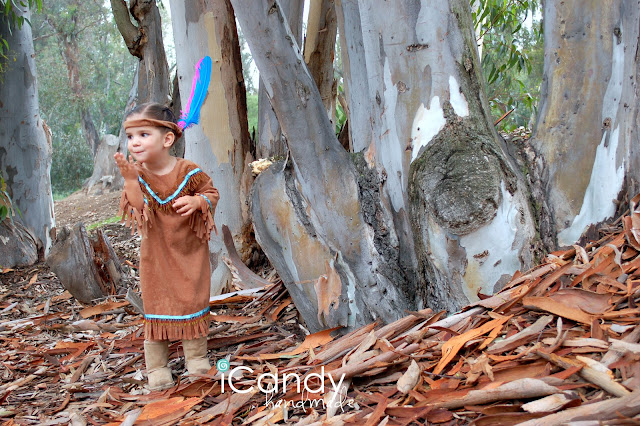 Ok, so maybe you’re not impressed because it’s not a crazy-awesome, over-the-top costume that I made my own pattern for….but don’t forget, this is not Jen, this is Autie…and this is big for me.  Eventually, you’ll be impressed by my sewing skills…but in the meantime…Ivy is thrilled, and that’s all that matters! 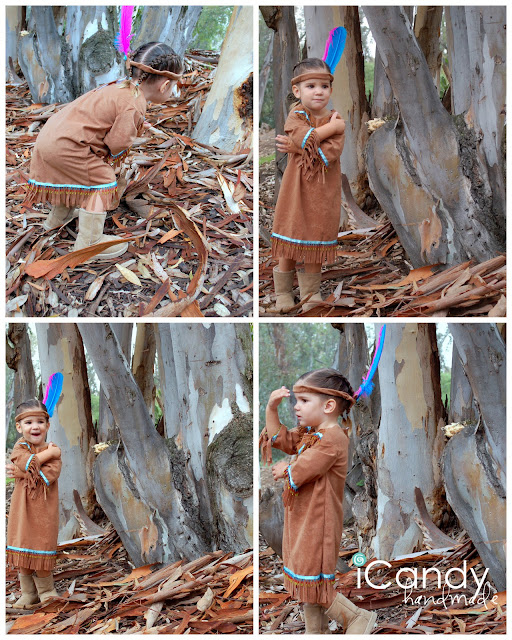