The clothes battles between Emily and I started at age 2.  It hasn’t gotten any easier; I have mostly just given up.  If you happen to see her wearing striped leggings, a flowered shirt, and crazy red and pink hello kitty socks, now you know why.  I tell Autie all the time that by the time 2-year old Ivy is 5, she will have given up the fights as well.

It was only a couple of months ago that she let me buy a pair of jeans for her for the first time. (Well, when she was a tiny baby doesn’t count.) Now she won’t wear them because they aren’t skinny. (Which I will try to fix…)

Sooo, I decided… Since she picks out what she will and won’t wear, we will go through her clothes  together, see what she likes, doesn’t like, and what I don’t like, and purge.  (If I don’t like something it shouldn’t be in her wardrobe!)

So we went through shirts, pants, leggings, skirts, and dresses.  I would ask her,
“Do you like this?” She would say no.  I would then say, “What don’t you like?” If it was the fabric, or something unfixable, it went into the Goodwill bag.  Some badly stained/worn out items went into the trash. The rest went into my refashion pile.  Namely, 4 dresses and those jeans.

I started with the dresses.  With all four, Emily didn’t like either the neck or the sleeves.  So skirts they became: 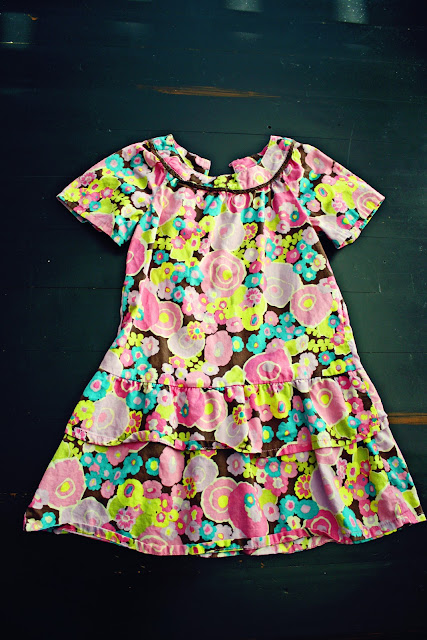 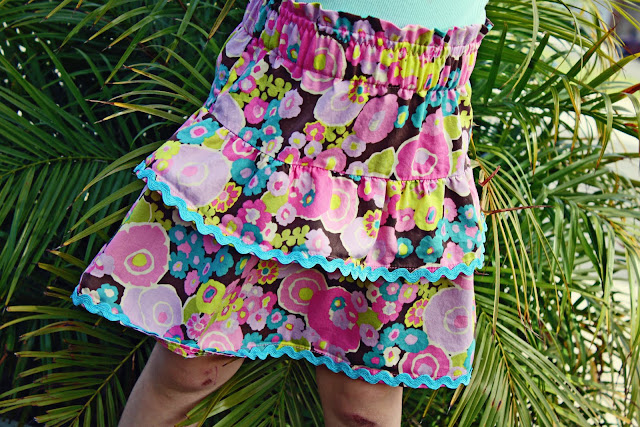 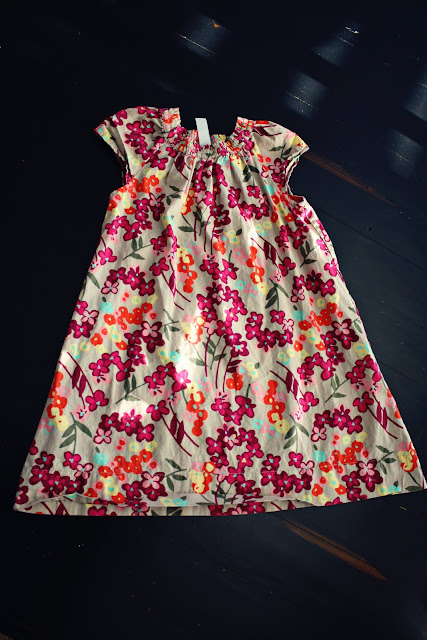 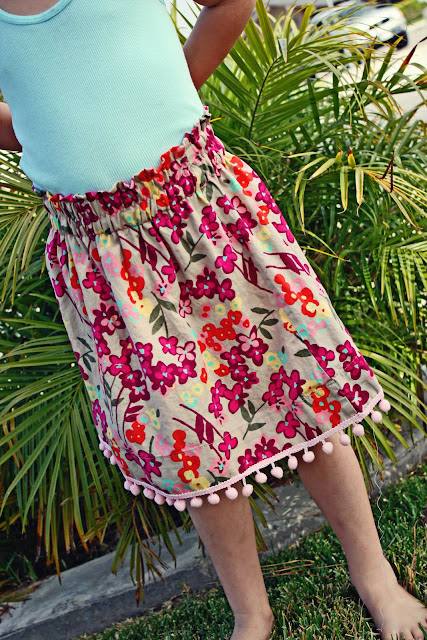 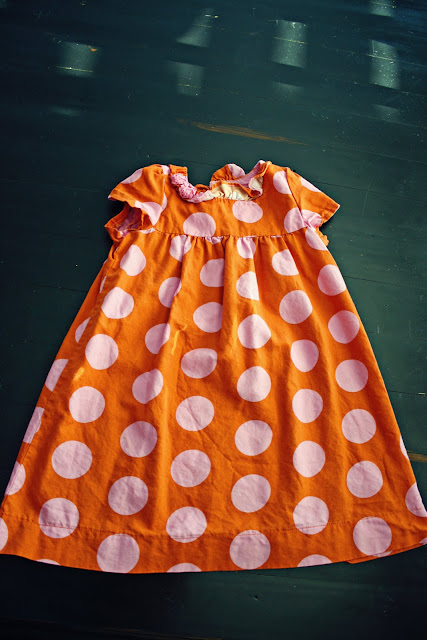 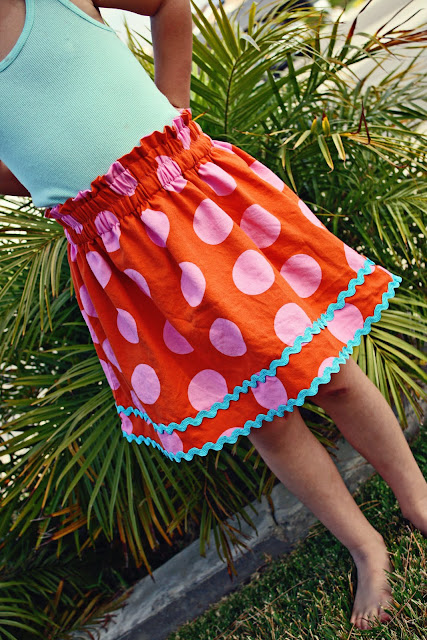 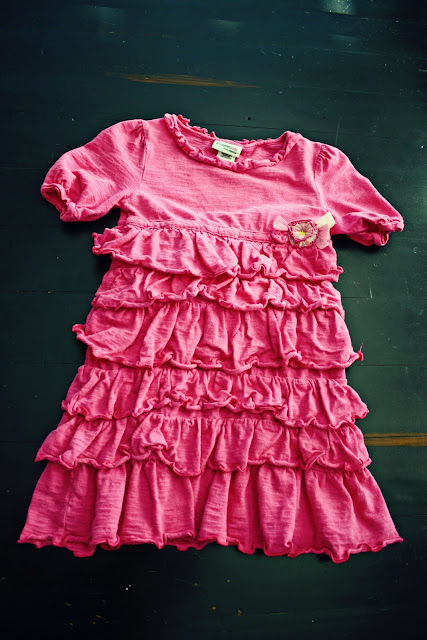 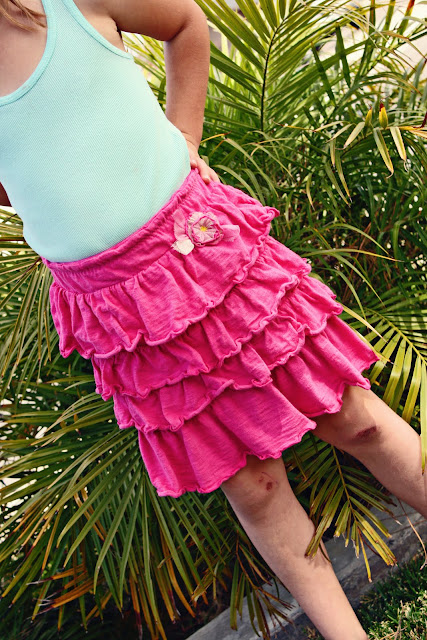 Little Miss Picky LOVES all of her new skirts now.
Hopefully this acts as a peace treaty in the clothes war.