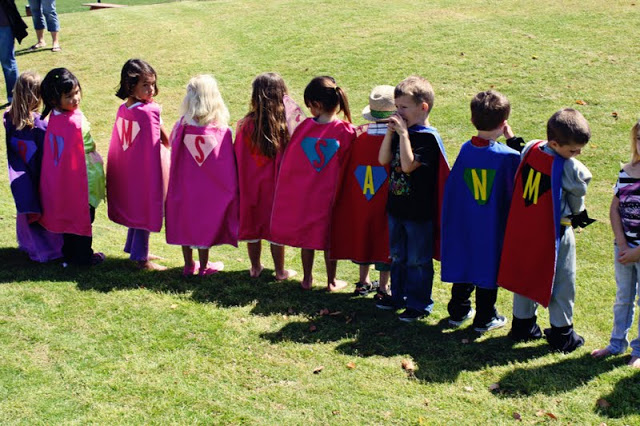 For Emily’s 5th birthday party, I needed to come up with a fun idea for girls AND boys.
So I decided to have a “Princess and Superhero” party,
where the kids could dress up like their favorite character.
Here’s how the party went:
Craft: Capes

When the kids arrived, I had capes* ready for them, as well as Superman shaped triangles cut out of felt, and their initial also cut out of felt.  Using fabric glue, I had them glue the triangle, with the initial on top, onto the cape.

*For each cape, I had cut out two cape shapes in contrasting fabrics, red/blue for the boys, and purple/pink for the girls.  I serged around all the edges, and sewed on a strip of velcro for the closure. 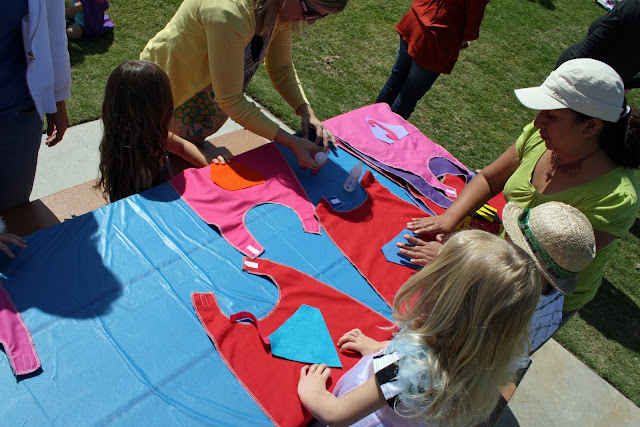 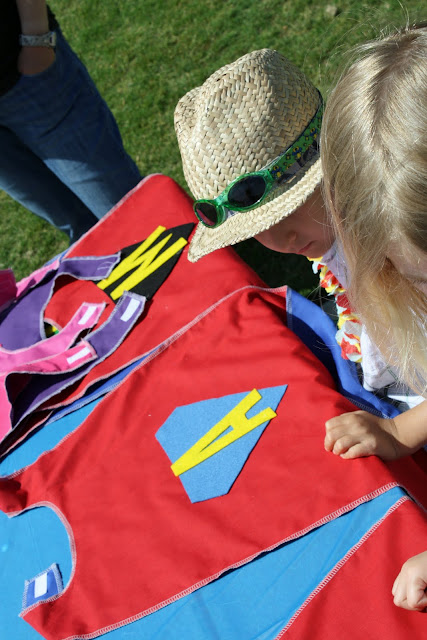 While the capes were drying, the kids went through Superhero and Princess Boot Camp.  The park was perfect for this.  It had spongy hills that bordered the play equipment, so we used these as part of the obstacle course.  The rest of it consisted of hula hoops to jump through, cones to run around, a little slide, and a tunnel. 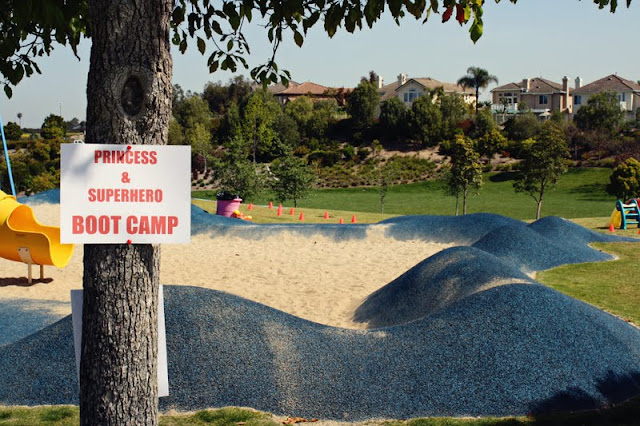 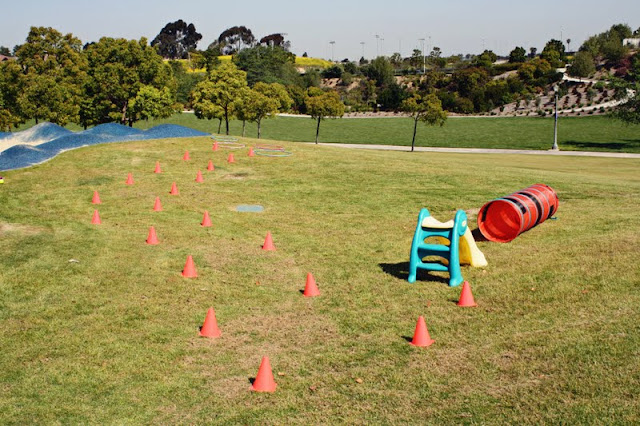 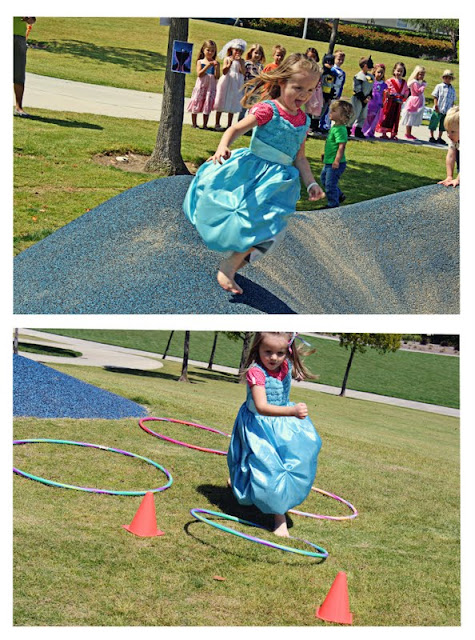 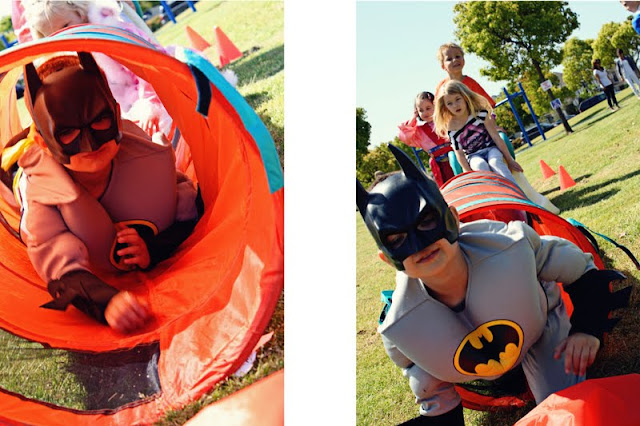 Once each child came out of the tunnel, they were an “official” superhero and got to put their cape on! 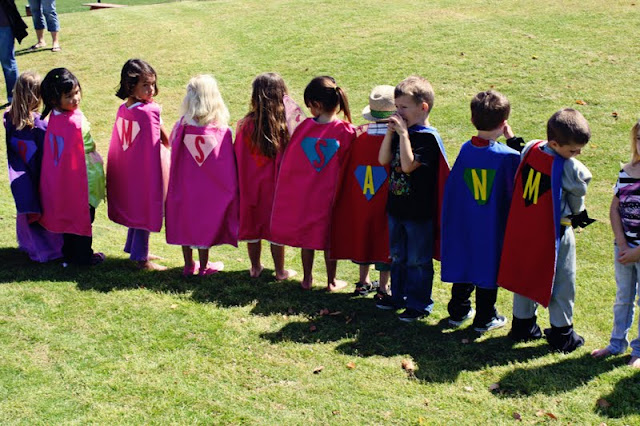 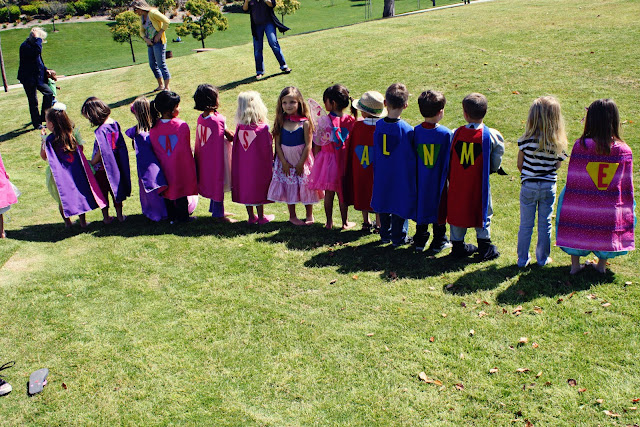 As an official superhero, their first task was to line up and get a chance to supersoak various villains.  These “villains” were just print-outs which I tacked to trees.  They had so much fun! 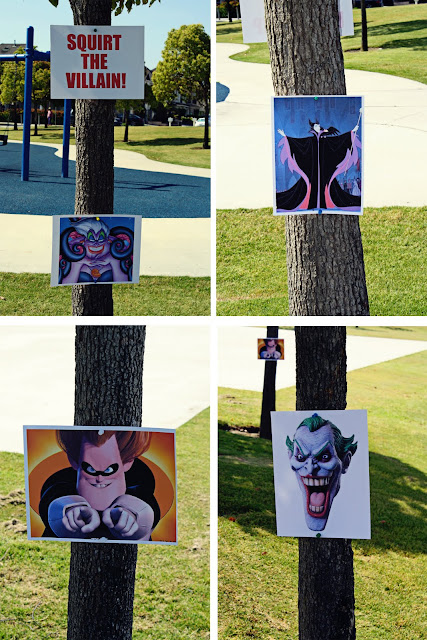 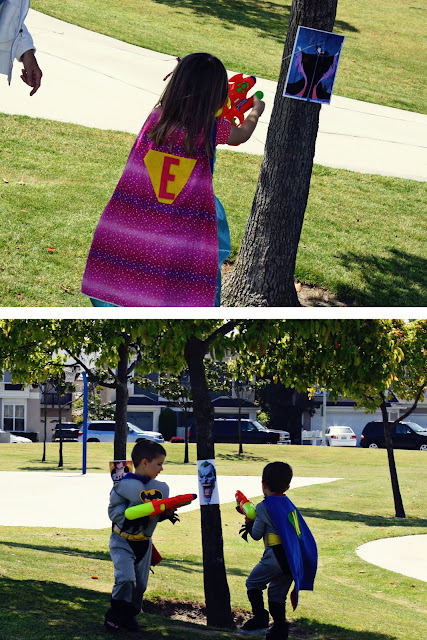 Game 2: Save the Princesses/Superheros from the Dragon

With Autie’s artistic help (she drew me a dragon) I created a dragon banner on a piece of white fabric.  I blew up her picture at Kinkos to poster size, and then traced it onto the fabric.  I painted it with my daughter’s acrylic paint.  We put the dragon banner at the bottom of the jungle gym, with the girls (and then boys) at the top, “stuck.”  Our superheros that weren’t “stuck” on the jungle gym had to save their friends from the fire-breathing dragon using water balloons (We made a HUGE bucket full the night before).  When the dragon had been hit enough, the friends could come down. 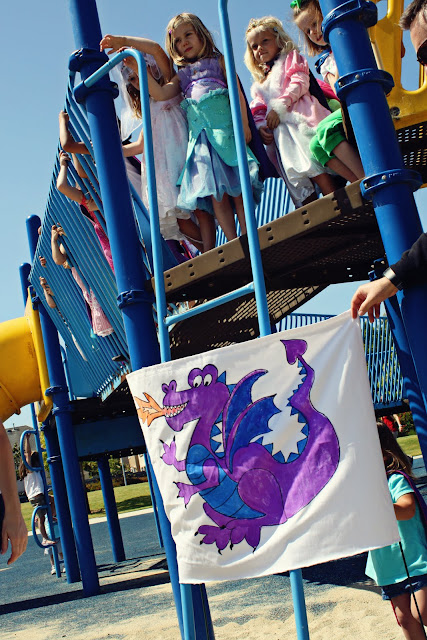 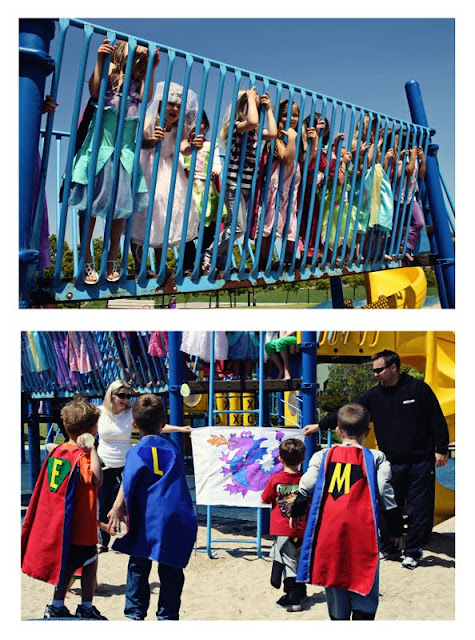 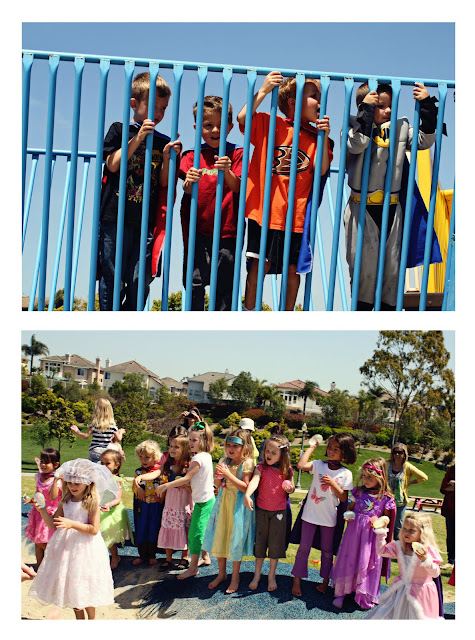 This game was a huge hit with everyone but the birthday girl, who didn’t want wet sandy toes. (huh?)
When my husband started in at the end, I think I got hit with as many water balloons as the dragon!

We finished off the party with pizza and cake…super simple.

All in all, the kids had a blast, and a couple of moms told me the next day that their kids wouldn’t take the capes off!

say no! to auto with Kristen Duke